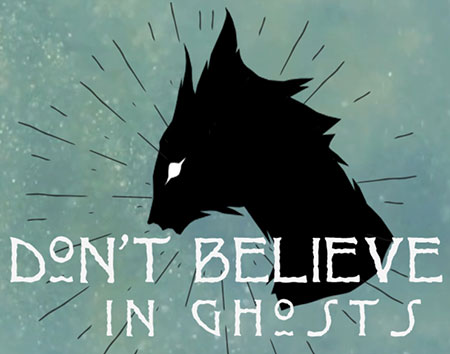 The very first thing that New York City songwriter Nathan did after putting his long time indie touring band, Man On Earth, on hiatus was to dive back into his studio, writing and recording over 30 new demos within a four month period.  With each new idea he found himself pushing his own boundaries further than ever, discovering a vast array of songs that had long been trying to find their way out.

“The idea was to move forward, not worry about what I have done in the past… to create a new reality for myself. A big part of that was to loose my worry in what some may think or say and to not give any energy to the ghosts of my past. With that I organically had a new band name.”

Don’t Believe In Ghosts’ debut EP ‘Change Your Mind’ is in fact the first of two EPs the singer is releasing, collectively titled ‘Change Your Mind, Change Your Luck’.  Released in the Fall of 2015, ‘Change Your Mind’ is what Nathan refers to as a foundation of music that this entire project will be built on.  With the help of friend Rick Eddy on drums and a cameo by longtime friend and collaborator Matt Fink of Prince & the Revolution on keyboards, Nathan returned to his earliest roots of writing, recording, producing and mixing on his own. “I was also extremely lucky to have the ears, advice, and tremendous help from many friends, including Cooper Anderson who has produced a large portion of music with me in the past, Myles Ouziel, who was an original member of Man On Earth, and the multi-Grammy award winning Ken Lewis, who is an absolute studio genius.” As strong and potentially stand alone this debut EP is, Nathan insists this is only the beginning and the best is still yet to come.