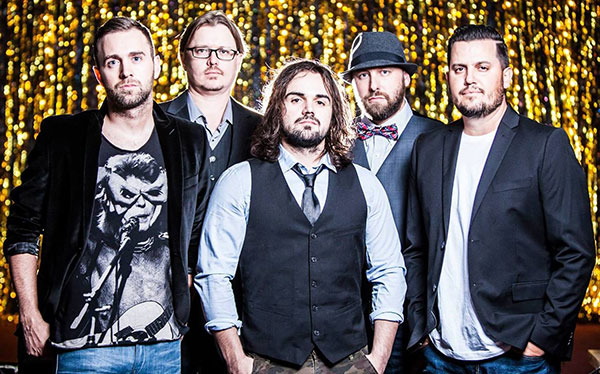 The Living Breathing is an American Rock band formed in the summer of 2011. Brothers Matt and Mason Haley joined forces with longtime band mates Steven Natale and Joey Moraga. Together they wrote a few songs, and quickly realized there was a strong musical chemistry. After a couple of EPs, TLB played some shows and suddenly their fan base began to grow at a rapid pace. In August 2013, TLB had an opportunity to open for Queensryche at The Celebrity Theater in Phoenix, AZ. Their 30 minute set ended with a standing ovation from the crowd of 1500 people. Many new fans were introduced to TLB at this show. This show also opened the door for TLB to support such acts as Three Days Grace, Candlebox, Soul Asylum and others.  -The Living Breathing website.

Click here to watch the video on their home page!